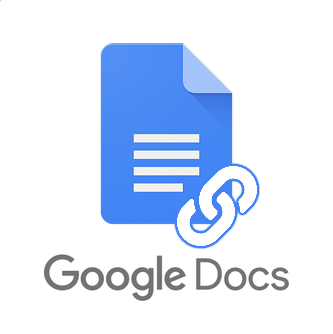 This is a late followup of my last post titled 'Why I left Ripple'. I will begin with what happened after and then a little rant on why this solves nothing.

After I posted my last post some people started talking about it in ripple’s discord or messaged some staff member there (I am not entirely sure), which lead to their new community manager to message me asking if I could take it down for some time until they were able to settle some things. The reason for this was because AiAe has been offline for some time and they wanted him to take part in the blame. If people started ranting about the post at the time then the other ripple staff should have to deal with the problems while AiAe might not even notice anything due to him being offline.

I were skeptic about it, but since I did not care that much I delayed it for 6-ish days by making the post private until then. After a week or so they announced that AiAe were to be taken off the staff team and gave some sort of post about this in their discord announce channel.

After reading though the post it was clear that they did not want to point any fingers at what happened but rather speak of it as a whole. I should normally be ok with this as that seems to be the most reasonable approach to not cause any more drama, but sadly I could not seem to agree with it due to how they have been handling it from once it happened and until this point. They couldn’t have done much different in the post however, but I wish they could have treated me as a human being and actually talked to me for once.

They avoided everything about what had happened to me regarding this which again; I am ok with if they handled it differently.

I proceeded to rejoin their discord after some time just to check on some stuff. There I were greeted with some people being glad I were back etc. Their new community manager messaged me again just to point out that people were indeed happy to see me back. I wish so much that I could do the same, but I were unable to take in the greetings and appreciate them due to me feeling it was too fake (I didn’t say anything about it thought).

It then seemed like everything was just ok and that everything has been resolved so to speak, but I just felt like this had nothing to do with Ripple trying to make up for what happened and instead just an attempt to save their own image. This idea grew bigger as the days went by as I never got any apology nor ever a message from the staff team. Even if I said things in chat when I noticed Nyo was typing I just feel overlooked and ignored.

I were going back and forth not really knowing what to do as this just bothered me more then when I were left alone. I choose to leave the discord server again and rather join back after things got fully resolved. This was not to make a scene and rather just to make me get my mind off it as I use discord all the time. When I left however their community manager messaged me again and asked me why I left. So I gave a very breef summary about how I felt to her and should rather want to stay away for some time. She then went ahead and informed me about all the 'things they got planned'.

They were planning to give me staff again and everything, but wanted to wait until the removal of AiAe has settled so it did not look like he was related to my case... [my pulse is very high while writing this part]. That again just feed the idea of them not giving a single FUCK about what happened and instead just care about their own representation as a 'company'. They think it is better to hide what happened by not talking about it rather then just say sorry and see that they should not allow something like this to happen again. BUT THAT IS TOO DEAMN HARD I GUESS!

[Took myself a smoothie and a good 1/2 hour walk]

If I were to get staff again; I know that I will have to hide what happened since that is the Ripple way of doing things. That is something I will not partake in and never will. This brings me back to the Swan post about what happened to WhiteCat. I kept my fair distance from the WhiteCat drama when it happened so I did not get the full story, but when I read the post Swan had to write was the first time I got the feel that Ripple is not allowed to say sorry about anything and that they think they are always in the right. 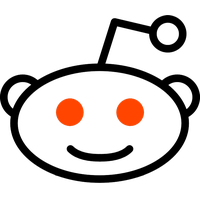 When reading though the post I just get the feel that Swan definitely was not interested in writing this and it felt more like he was forced to do it. I am guessing he himself had no idea what this was about and had to just do a quick small research or get some breef info from someone else about what happened. Not covering the case super detailed is not the issue here. The issue is that never once did it say that Ripple messed up. In the post it blames the community for forcing Ripple to take the ban action on WhiteCat. The end statement on the post can be summed up as 'We are not saying he is 100% legit as that is not proven, so let the witchhunt continue'.

Final message in the matter

I know their new community manager that keeps messaging me wants me the best, but it comes across the wrong way… always. I opened up once and told you that I did not feel ok anymore. That I did not really view you as a good person either. It hurts to say something like that cause I did view her as a friend once.

Ripple letdown Why I left Ripple